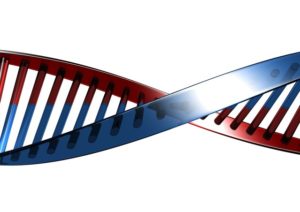 Not me, this time. My husband just had a colonoscopy to see if they could figure out what has been going on with him. This has been a long time in coming. We have known that there is more going on with him. He did have testing years ago after I was diagnosed with celiac to see if he also had celiac. His symptoms have always been more classic as far as celiac goes. However, everything came back negative. Eventually, this led us to doing a gene test. It came back that he doesn’t have either of the 2 celiac genes: HLA-DQ2 or HLA-DQ8.

So, we know he doesn’t have celiac and he has been diagnosed for more than 10 years with non-celiac gluten intolerance because he 100% was reacting to gluten. He did a gluten challenge and it was so hard on him! Many of his symptoms improved but over time some things have gotten worse and we have been searching for what else is going on with him. His body has been reacting to more than just gluten. There is definitely something more!

It is hard to get most men to take care of themselves and go to the doctor. On top of that, he was raised to avoid the doctor. It is also hard when you are pretty sure it is just going to be a lot of cost with little to no answers. It’s so frustrating when I talk him into going to the doctor, only to be told they can’t find anything and leave him without any real direction. 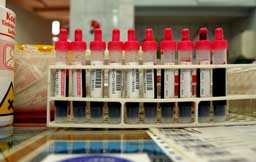 Well, he’s now in his late 40’s and over due for his first colonoscopy. He was told, years ago, that he should start having colonoscopies in his mid 40’s because of a family history of colon cancer. So, he finally had it done.

Afterwards, the doctor told him his initial finding suggests that my husband has early Crohn’s disease. We are now waiting to have that diagnosis confirmed from the biopsies that were done.

I believe that him being gluten free for so many years has slowed down the progression of this disease, but I think he has had it for a very long time! (Thank goodness for gluten free!!!)

Waiting for confirmation of Crohn’s

So, my husband knows me well! He knows that I like to search things out and really do my research. The first thing he said to me is that he didn’t want to know or hear anything I was learning. He didn’t want to worry about it until he had an “official” diagnosis.

This was so frustrating to me! I not only researched Crohn’s but also the other disease the doctor thought it could be, Ulcerative Colitis. After doing some research I’m pretty sure Crohn’s is going to be the official and can see why the doctor said it was Crohn’s. At first, hubby didn’t want to hear that.

In some ways, I really think colitis is worse than Crohn’s. Though there seem to be some scarier things about Crohn’s.

I’ve been a little frustrated not being able to share my research with my husband. I think he needs to know this information. Knowing this information will make it possible for him to be able to sit down and ask more questions to the doctor. Otherwise, it’s going to only be what the doctor can think of to tell him and then send him on his way. In my experience, it is more helpful to have some questions and a little understanding about what is going on.

Yesterday, he said he would like to know more. He wants to be able to ask the doctor questions about this disease. I think this is part of him coming out of denial. He said he was really hoping that they didn’t find anything and everything he was going through was actually normal. 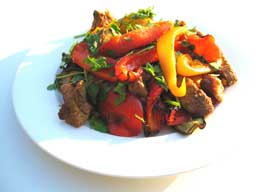 I am feeling overwhelmed by all of it! There is so much to learn and know. Some of it is confusing and the dietary recommendations aren’t as cut and dry as they are for celiac!

With celiac, you go gluten free including no oats. Not even certified gluten free oats for the first year. Read more about oats and the reasons for this here  and here . Then, if you continue to struggle with symptoms you play with your diet a little more, next cutting out dairy.

However, it looks like a lot of trial and error with loose guidelines for Crohn’s patients and their diet. There is so much information about the diet and disease, I almost feel lost and don’t know where to begin.

Here’s Where We Will Begin

Researching all of the Crohn’s sites I can find. Like this one https://www.crohnsandcolitis.com/crohns/disease-symptoms

Getting a treatment plan with our doctor.

Joining Facebook Crohn’s groups: (The 2 I have found to join so far) Crohn’s Disease Community and Crohn’s/Colitis/IBD Support Group – Utah

Hoping there is a support group that is local that we can attend and talk to others. While online is helpful, I have seen how much a support group to attend is and meeting those dealing with the same things and who have been where you are. Things come up while talking one on one. (I run a support group for celiac and gluten intolerance.)

July 11: At my husband’s follow up appointment, he was told there wasn’t scar tissue in his intestines and so they don’t think he has Crohn’s after all. They ordered another test for him and put him on some incredibly expensive medication that our health share (and most insurances) don’t cover! Thankfully they gave him some samples so we can see if this is going to help or not.

This seems to be the story of our lives! Thinking we have an answer and then finding out we still aren’t there!

August 10: Nothing conclusive! The doctor once again said he believes my husband is non-celiac gluten intolerant and that perhaps this is what has kept him from having the Crohn’s damage. All his symptoms suggest Crohn’s disease, but the tests aren’t coming out the way one would expect with Crohn’s (Evidently, his body hasn’t read the book on how you are supposed to be when you have a certain disease. This is something I often say about my body and how it reacts to things.)

The doctor suggested that maybe he has Crohn’s light. Okay. . . not a concrete, actual diagnosis but there is only one more test he knows of doing. Next time hubby  has pain the doctor wants him to come in and swallow a pill camera so they can get pictures of what is going on!

He has inflammation and ileitis and other than that it is a question. He will continue with his food journal to try and pinpoint what foods irritate him. 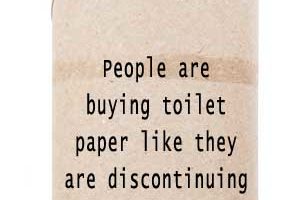 The Toilet Paper Crisis of 2020- A celiac nightmare

Normally I am prepared and have extra toilet paper on[...] 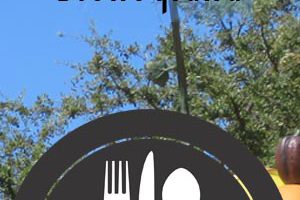 We are going to jump right in here! Finding gluten[...] 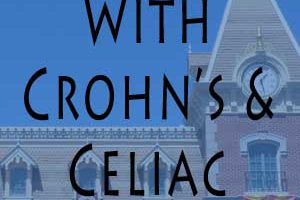 Survival Guide to Disneyland with Crohn’s and Celiac

Having autoimmune diseases, it can be daunting, thinking about going[...]