The Benefits and Downside of Flaxseed- gluten free issues

Flaxseed, what is it and why do so many people put it in gluten free foods? What are it’s benefits and is there a downside?

I must say, this post has been an educational experience for me and has changed my point of view.

Flaxseed is also known as linseed. Doesn’t mean anything to you? Me neither, though I have heard the word before.

The plant is flax, but in another article it was referred to as the linseed plant. Frequently, it goes by both names. The seeds are called linseed or flaxseed. It is an ancient grain that people have been growing as early as 3000 B.C. 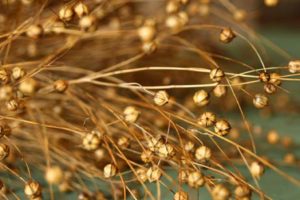 “Her hair was flaxen!” 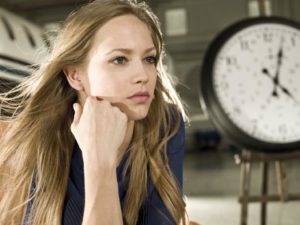 Here is why people like flaxseed, but keep in mind many researchers still don’t consider the benefits settled. They do agree that research suggests that there “appear” to be many benefits. Let’s list a few:

Reduce the risk of:

What makes flaxseed so beneficial?

With flaxseed you get the entire seed and benefits of the whole thing. The oil only gives you part of the pieces of the seed.

The body isn’t made to digest flaxseed in it’s whole form. Eating it straight will not give you the benefits, because it will go straight through you. So, to get the benefits of this wonder seed we need to grind it down. Because flaxseed has a lot of oil and the seeds are small, the best way to grind it is with a coffee grinder.

The oils will gum up a grinder and many find that using an electric coffee grinder is the way to go, when you are doing it yourself. In fact, any seed or other oily grain that you want to grind, does better in a coffee grinder.

Is there a downside to flaxseed?

There are a few concerns and downside to flaxseed, for some people. Keep in mind these problems usually go along with other conditions or from high consumption of flaxseed. Some people tolerate it very well and others may not do so well. Listen to your body.

Who shouldn’t supplement with flaxseed?

With so many great benefits it seems like everyone should supplement their diet with flaxseed! However, there are groups of people that should be more weary:

“Our own animal studies showed that flaxseed exposure during these stages may be protective against breast cancer in the offspring. But a study of another investigator showed the opposite effect,” Thompson says.

Why I Use Flaxseed in My Flour Mixture

I wanted to add more protein and fiber to our flour mixture. Our whole family is gluten free and so, I make Bette Hagman’s combination for flour; it is less expensive for me to do so. Which is simply: 6 cups rice flour, 2 cups potato starch and 1 cup tapioca flour. Then, I add approximately 1/4 cup (maybe a little less) of ground flaxseed. I really like this mixture and it works well in most things.

For baked goods I use Bette Hagman’s Featherlight combination of 1:1:1. 1 Cup rice flour, 1 cup corn starch and 1 cup tapioca starch. (I do not add flaxseed to this! You want it to be light so your baked goods can be fluffy.)

***Remember that there IS a difference between potato starch and potato flour. Potato starch will last longer and they have different textures.

Tapioca starch and tapioca flour are the exact same thing! There is no end to the confusion in the gluten free diet.

Continued use of flaxseed?

I need to carefully decide if we should continue to use flaxseed in our mixture; I am leaning toward not doing so. My husband has been diagnosed with crohn’s and that is a big deal! The last thing I want is to cause him more problems with his digestive tract.

Another big concern for me is the hormone issues. My daughter has Hashimotos and hormones do affect this disease in a negative way. It is recommended to avoid soy (which is also hard to do on a gluten free diet) and the hormone issue is the same or similar with flaxseed.

In my opinion, I don’t understand why so many gluten free companies use these plants that are hormone disrupters. People with celiac already have a higher risk of developing certain conditions like auto-immune thyroid and these foods can have such a negative effect.