Recently, I have been hearing about Psyllium husk and Psyllium powder being used in gluten free baking. Evidently, it adds that elasticity and texture to baked items like xanthan gum and guar gum do.

You may have to experiment, to know, how much to add when substituting for one of the gums because it is not a straight across substitute, but you can find many recipes that are using Psyllium powder or husk. (https://www.gluten.org/hot-topics-december-2017/)

Psyllium husk is a form of fiber and comes from a plant, Plantago. It is a plant native to India and is grown in Asia and Africa. Psyllium is widely used in many parts of the world. When the powder/husk is mixed with water it becomes gel-like.

This form of fiber, typically in a powder form, has frequently been used to help with constipation and irritable colon. It is often used as a laxative. Psyllium is the main ingredient in most laxatives. So, when using, pay attention to whether this is a problem for you.

My husband was recently diagnosed with Crohn’s disease. Considering the following warning: “People with irritable bowel syndrome and Crohn’s disease are all too familiar with the banes of the bathroom. The results of studies on psyllium’s effectiveness in treating these conditions are still mixed.” I won’t be using husks, but may try the powder form. Supposedly, since it is a small amount it shouldn’t have a big effect. While this quote is about treating conditions with Psyllium and not cooking/baking, I think the information is still important.

Laxative- only a small amount is used in baking and may contribute to a little more regularity. Also, softens stool.

May also help diarrhea (because it tends to soak up liquid)

Does not contribute to overgrowth of bad bacteria in the gut

Laxative- mixed information on whether it is good for certain conditions, like Crohn’s

Absorbs liquid in the body- could be hard on some medical conditions.

May cause bloating or diarrhea

Does not ferment in the gut, which means it doesn’t help your gut flora.

May be harmful in large doses

Never take the powder or husks straight. The absorption of liquids can lead to a choking hazard.

If you are going Paleo it is not considered Paleo.

How does psyllium stack up to other gums?

Comes from a plant

May help to lower cholesterol

Comes from a plant

Gives texture to foods and helps them hold together

May help to lower cholesterol

May cause gas and bloating

A compound made from fermented sugars and bacteria

Made in a lab

Gives texture and stickiness to dough

1 Tablespoon has 7 grams of fiber

May cause gas and bloating

*May interact with Diabetes medication

**The article I found, had some info about xanthan gum that stated it sometimes is made from wheat, but I haven’t found that to be the case. Also, according to the FDA law on gluten free labeling if an ingredient is derived from a top 10 allergen, it must be included on the label for example: xanthan gum (wheat, corn,)

Do not ever take psyllium, in any form, dry!  Psyllium soaks up liquid, like a sponge does, and because of this it can be a choking hazard. Taking it with liquid remedies this problem. May be harmful in large quantities. (Only a small amount is used in baking and so it shouldn’t be a problem.)

From my research, it looks like psyllium husk and powder are very comparable to guar gum and xanthan gum. I will probably experiment with it in the near future. I am thinking the powder would be better for my husband’s condition since he is supposed to avoid things that can scrape the intestines. Husk doesn’t sound very gentle, but I could be wrong.

What is Psyllium Husk from Gluten Free Girl 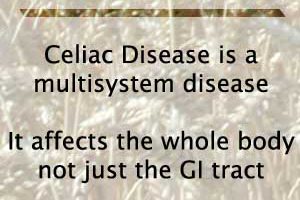 Symptoms Of Celiac Disease And How They May Be Affecting You

"Celiac disease can be difficult to diagnose because it affects[...] 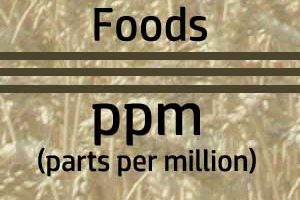 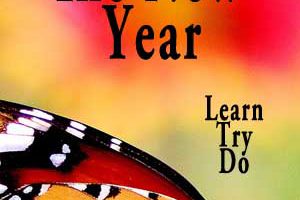