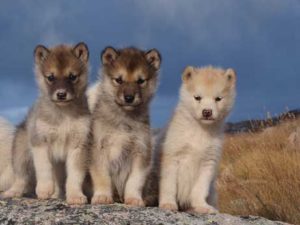 Kids don’t intuitively know how to behave, they would behave like wild little wolf cubs, if let to their own devices.

They make mistakes and are impulsive. Children learn a lot from watching parents and in how the parents react to them whether good or bad. “Let’s Practice” is concentrated modeling of behavior. It takes time and you may even think this is tedious, but it works and it will pay off!

My daughter took a toy away from her sister and made her cry. B had her toy and K didn’t want her to play with it!

I don’t believe in letting kids work it out, especially when they are young. I wanted my children to grow up and be friends and be able to interact with others in healthy ways. (Most of my kids are now in their 20s and they are friends with one another.) Kids don’t know how to work it out, when they have never been guided in how to do that. They don’t have the skills.

Typically the way kids work things out ends in either a lose/lose or win/lose situation. If you teach them when they are young you don’t need to interfere when they are older.

We  explained to K that it was unacceptable for her to treat her sister that way. (Even if the toy was hers!) We talked to her about why she took the toy and how she would feel if someone did that to her.

I even pointed to the tears on her sisters face and talked about how sad she was that her sister grabbed something from her and how it hurt her feelings. “K, you don’t want to make your sister sad; she loves you and you love her.”

K said it also hurt her feelings that B would take her things without asking. To which we talked to B about how it makes K feel when she takes without asking. K often helped with the reasons why she wanted the toy: it is mine, I want to play with it, I’m afraid you will break it or hurt it in some way. 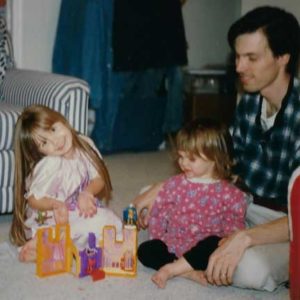 Playing with the girls and their toys helps them to learn how to play nicely and respect one another’s things.

Next, we practice: First, parents model how to ask and how to react. Practicing with yes and no answers. In the case of younger child having older child’s toy: if the answer is no, what do you do when you need to get that toy, so they don’t break it? We practiced how to reason with the younger child. One tactic is to find something the younger child would willingly trade. Sometimes the solution is for the older one to play with little sister or to show her how to do something with the toy.

We would either use the same toy or get a “practice toy”. The toy used depends on the attitude of the children and where they are emotionally. Sometimes they are so focused on the particular item that it is a distraction to the learning and so a practice toy works better. If a practice toy is used, then a last practice with the difficult item is worth a try.

Sometimes, we would have to remind the younger child that we are practicing. (Her instinct, once she had the much desired toy in her grasp again, was to hug it to her body and keep anyone from having it.) Soon, she would think it was a fun game. They enjoy asking, saying yes and giving the toy back and forth. Switching roles is also helpful where the younger child asks the older one if they can play with their toy. If the answer is no, we talk about what they can do instead: play together, find an acceptable alternative, etc.

Practicing yes and no answers helps them to not expect that the answer will always be yes. They also learn what to do when the answer isn’t what they want to hear.

We would then encourage “K” to apologize for grabbing the toy away. We strongly encouraged our children to;

Then, we would have younger sister apologize for her part in the problem: “I’m sorry I took your toy”.

Apologies should always include what they are sorry for. If both played a part in the problem, both should offer apologies.

Our oldest daughter quickly caught on. Only once or twice doing this type of thing and she was problem solving herself. There was less fighting and more cooperation.

It does take time, but the payoff is big!!! They learn effective problem solving and there is less fighting.

We often tried to focus our children to the positive; looking for the good in one another.

Her sister wasn’t bad for wanting to play with her toy or even for taking her toy without asking. Little sister didn’t understand she needed to ask or how to ask and needed to be taught. 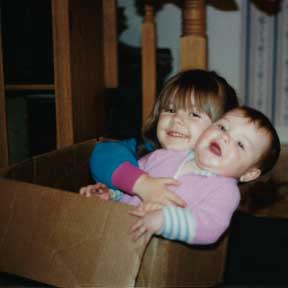 Another good reminder is that we have to play gently with little sister because she is smaller. We are still teaching her how to do many things.

I like to think of parents as guides for their children. Life is complex and it is hard to figure out how to get along, especially if you are without help or direction. Parents have the experience and the knowledge for how to do it better. Make sure you are passing your wisdom along.

Other Things to Practice