When I commented on a homeschool Facebook page about how our family does compliments I had someone respond wanting more information on how to get your kids to give compliments. She said her oldest often would say silly things and not really give compliments. This is a continuation of my post on Never Enough Time and Raising Daughters.

What our family does: 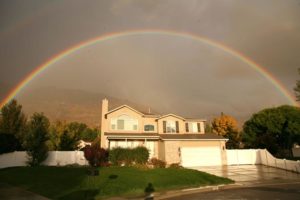 We wanted to have more of a positive atmosphere in our home and we really wanted our children to have good relationships with us and their siblings. So, my husband heard about a family that was doing compliments after having family prayer. This did 2 things. 1. There was more harmony in the home as they focused on positives. And 2. No one wanted to miss their turn for the prayer. This is what we were trying to accomplish in our home and so we decided to give it a try. We go in order from oldest to youngest to say the prayer. Makes it easier to remember whose turn it is from day to day and when they want their compliments, they won’t forget! Everyone gives a compliment to the person who says the prayer.

Here are the rules:

How to give a compliment: 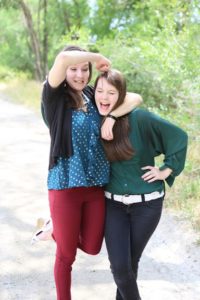 They are older here than when we started, but some things never change!

Our kids didn’t necessarily know how to do this in the beginning. There were times when we would have to remind them that this wasn’t the time to bring up grievances and to leave it with what they like. Sometimes they needed ideas. We would list some ideas if they were struggling, to help them. This happened more in the beginning and within a short time they were waving us away; telling us they could think of something on their own. Our youngest was under 2 years old when we started doing this, but even the older kids (the oldest was about 12) sometimes needed help or encouragement. I remember prompting our kids at times by saying things like, “Wasn’t it nice when so and so helped you set the table.” (or with something else they had done together) Then recommend that they could compliment working together or how helpful they are or nice or patient.

The following, I don’t recommend doing this with the prayer, but at a different time. This would be a great family night game. Make a game of learning how to compliment. Get a small bean bag or other little item that can be tossed to one another. The person throws the bean bag and then they give a compliment to the person who catches it. (Or you could do it the other way around and whoever catches it gives the thrower a compliment.)

If we aren’t in the habit of saying nice things and finding the positives it will take time and practice. They need to feel secure and not be worried about being teased or picked on for the things they say. If your children pick on one another a lot or there is a lot of teasing, it may take longer to get to the sincerity. Don’t ever make fun of a compliment or the feeling they have in giving it and don’t let your children do that to one another. 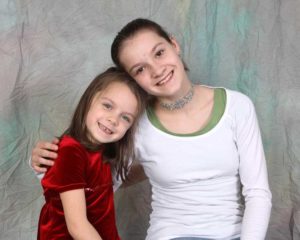 When family members feel they can safely express their feelings trust and love will grow.

Our kids were under the mistaken impression that compliments could only be given to the person saying the prayer and at prayer time. We started to hear things like, “I know so and so didn’t say the prayer, but I want to give them a compliment.” Or “I have a compliment to say to so and so but it isn’t prayer time and it’s not their turn.”

I never expected this would happen! So, we explained to them that they can give compliments anytime and that they should! They don’t have to wait!

“I want to give you a compliment!”

When our youngest was about 4 or 5 years old, we went on a trip to visit family. While there our little one said, “Aunt Bonnie, I want to give you a compliment.” She was so surprised by this phrase. Our little one then told her what a beautiful lamp she had and that she really liked it. Aunt Bonnie was taken back by the whole thing! First, the phrase our daughter used and then how sweet and sincere she was in telling her aunt her compliment.

Another challenge: “You said they were good at art, don’t you think I am good at art?” We had to explain and talk about (many times) how giving someone a compliment doesn’t take away from them. I am just focusing on so and so right now.

Me saying someone is good at something doesn’t mean that you are not or that they are better at it than you are. 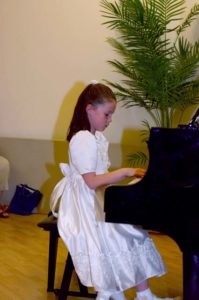 My daughter that plays the piano (really, really well) got tired of piano compliments. “You are good at the piano.” We have had to remind them to be sincere and they need to dig deep and find other positives. Piano is simple and can be generic. Giving compliments has had more meaning when her sisters remark about how expressive she is when she plays or how they love a particular piece she plays. It has taken many years to get to this point and they have grown up learning how to do this. She also likes to hear that there are other things she is good at and positive traits she has.

Dealing with a Bully 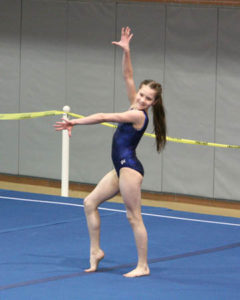 One of my daughters softened a bully with compliments. A girl at gymnastics wasn’t being very nice and frequently would push in front of her and take extra turns where she shouldn’t and just wasn’t nice! I suggested that she finds something to compliment her on and see how that would go. My daughter wasn’t thrilled at this idea, but what did she have to lose? We often talked about ideas she could compliment her on: her pony tail, her hair, her leotard, her handstand, etc. Soon this girl, that no one liked, thought my daughter was her best friend. She treated her nicer and didn’t push in front of her anymore. My daughter even stood up for her when others would say mean things about her. It was a fantastic experience and one my daughter has never forgotten.

When my kids have had friends over and we have a family prayer before sending the younger ones off to bed, the friends participate in the compliments. We have seen some friends who get it and have given the most sincere compliments. Others, have struggled and do what the lady on Facebooks son was doing; saying silly or very generic things. Typically, these are the ones that have harder homes with more difficult relationships in their families. However, we have seen them give more honest and sincere compliments the more they have interacted with our family.

Giving compliments doesn’t necessarily come naturally. It takes practice and modeling behavior is important. Don’t give up! It is so worth it to have a family that looks for the good and compliments one another! This has been a wonderful blessing in our lives!