Celiac Symptoms And Their Severity- How Bad Do You Have It?

Home CeliacCeliac Symptoms And Their Severity- How Bad Do You Have It?

Celiac Symptoms And Their Severity- How Bad Do You Have It?

So, how bad do you have it? 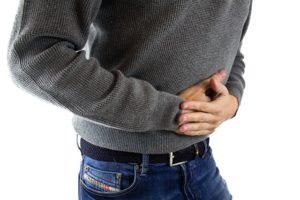 This question as well as being told “I have a friend who has it really bad!”, are on my top pet peeves list, in dealing with celiac disease! People don’t really want to hear an explanation about how your symptoms or their severity don’t really tell how bad it is and do they seriously want a run down of your bowel movements?! I don’t think so, but that is one of the things they are asking for.

Often the friends woes and severity of what they go through is followed up with, “so, they have to be super careful”. Hmmmm! Everyone with celiac disease has to be careful! Cross-contamination hurts anyone who has celiac disease.

Now, to go on telling me about your friend who has it really bad. . . I’m not sure what that is about. Is this a way to connect with me, that you know and understand celiac disease? Are you looking for sympathy for your friend? Are you trying to make me feel better, because I probably don’t have it as bad as someone you know?

I may be a little sensitive

Okay, so I may be a little sensitive on this one! You telling me about your friend, who has it really bad, makes me feel like you are assuming that I couldn’t possibly have it worse than your friend!

If you have read my health story you know it has been a long and hard journey for me! So many years being told my symptoms were stress related and if I would just settle down I wouldn’t break out in hives. Even now, having many medical professionals who will blow off that Urticarial was my major celiac disease symptom, because they believe that having hives related to celiac is rare!

It wasn’t all in my head!

I cannot put into words, accurately enough, to describe the pain and frustration I felt for soooooo many years, as I wanted to rip my skin off! I cannot tell you how many nights and days I have cried because here comes another wave of itchy, horrible bumps and not knowing how long this bout will last and worrying about all I needed to do. I can’t tell you how hard it was to function like a normal person while wanting to tear my skin from my body, trying not to itch and being medicated to try and control the itch.

Very few people even knew what I was going through, since most of the time the hives were hidden under my clothes.

My symptom has never been taken seriously.

I don’t have any pictures of my hives because I never imagined I would want to show them to anyone! I do wish I had some, especially when they would make my lips would swell like I had a really bad Botox injection. Or when hives would be on one of my eyelids. At the time, I was really embarrassed by what was happening to me.

After I was diagnosed and completely gluten free, I realized that there were so many other symptoms that had been brushed off as part of something else:

This post contains affiliate links.  I earn a small commission for the referral, but your price remains the same.

I can eat a little, it doesn’t bother me 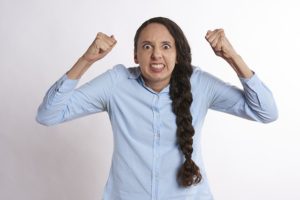 This statement makes me cringe! I see people stating this on gluten free and celiac Facebook pages all the time!

It drives me crazy when I try to warn people about a product or risky gluten behaviors, and I have sources to back it up; someone will immediately follow the warnings with: “I eat it all the time and I have no problems from it.”

Another one that gets me is those who say they can eat Cheerios or any oats regardless of whether they are certified (or follow a purity protocol) to be gluten free. As well as those that encourage a little cheating, like they do, and how it does them no harm.

They like eating what they want and don’t want to hear or understand the harm they may be causing themselves and others.

Lack of symptoms and/or symptom severity isn’t an indication that you are doing fine and that risky behavior isn’t having an affect on you.

Not only are these people putting their villi and intestinal lining in danger by challenging it on a regular basis, but they are putting themselves at greater risk for the following:

Symptoms can change over time 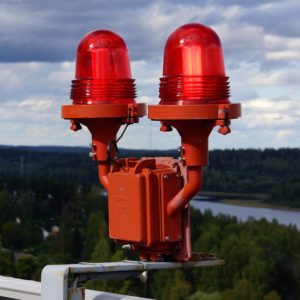 Just because you may have had some really severe symptoms when you were diagnosed, doesn’t mean it is going to be that way every time you get gluten.

Once your body isn’t being saturated with gluten, it isn’t sending out huge warning lights saying “there’s a problem here!!!!”

After being gluten free, the body often reacts differently, sending the message: “Whoa! This is not good! Be more careful with your diet!” Your body is crying, “Be nice to me! Why are you putting me through the again?!” Likely, the messages from your body will get louder and stronger, if you are lucky. Otherwise, the first indication that this hasn’t been good for you could be cancer.

Remember my chronic hives? I was worried that any cross contamination would bring on a wave of hives. That’s not what has happened, not even close! I haven’t had a single hive since going gluten free even though it took time and accidents happen, especially when eating out.

My symptoms now range from hardly noticeable to really sick.

Celiac disease is a lifetime disease. You have no way of knowing when it is actively harming your intestines. Once you are diagnosed with celiac, it is imperative that you follow a strict gluten free diet for the rest of your life. This is your prescription to long term health! You decide how healthy you are going to be, by choosing to strictly to comply with the gf diet. In a lot of ways, your health is in your hands!

The best part about the gluten free diet being the prescription to better health, if you have celiac, is there are NO side effects like you get with pharmaceuticals!

So, while your friend may have really severe symptoms, that doesn’t mean they have celiac disease worse than anyone else. Symptoms do NOT tell you how much damage has been done or is being done, by eating gluten.

EVERYONE who has celiac disease has it really bad! 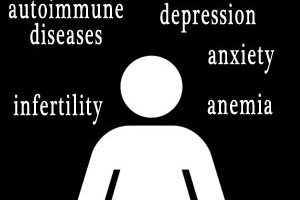 Celiac disease affects both men and women, however, women are[...] 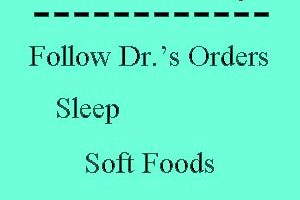 My daughter recently had her wisdom teeth removed. There were[...] 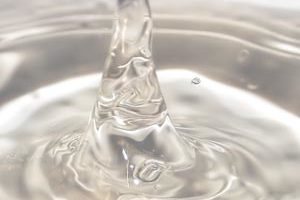 Have you heard of the ripple effect? This is the[...]