I love that our field trips can happen anywhere, anytime! Dad got to come with this time. Alia is so excited that she has gotten dad into reading a book series that she loves! They had to get two books, so they could read, at the same time!

We have been into this series, from the beginning. Though, I don’t think we knew what we were getting into at the time. We had heard a little about Richard Paul Evans’, new, teen book that was coming out and had a spark of interest. Then one day at Costco, people were starting to line up for a book signing. We decided to go with it and got a signed book for all of our older girls. Much to Alia’s dismay; we didn’t think she would enjoy them yet. Boy, were we wrong.

We have since corrected this injustice and she has her own signed copies of the first, second, third, fourth, fifth, and now sixth books of Michael Vey. Our neighbor is good friends with Richard Paul Evans and arranged for her to have the books (that were unsigned), signed by him and she delivered a letter to him that Alia had written about how she is his biggest fan! He also signed her book in Taiwanese.

The show was great and it was so fun to hear from Richard Paul Evans. It was fun to hear about the fan letters and how broken up everyone is about Wade. He said it was funny because he never thought of Wade as a favorite character. Yet, girls have written him dismayed that he killed of their “boyfriend” and ways that he could bring Wade back into the series. He made it clear that there will never be a “Zombie Wade”! Made us laugh hard!

Today, is a planned reading-a-thon day. How could it be anything else?!  Oh, the injustice that she has to take a break and go to Seminary and has a Homeschool teen activity this evening. I love that my kids absolutely love to read and devour books! 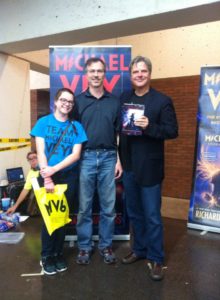 My daughter and husband with Richard Paul Evans, the author of Michael Vey! 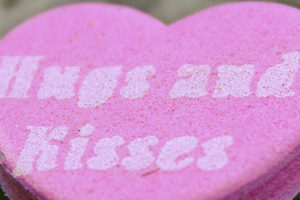 Valentine’s Day Gifts For Kids That Don’t include Food Or Sugar!

Valentine's Day Gifts Everyone loves to be remembered and Valentine's[...] 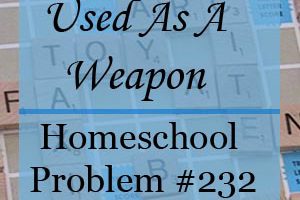 Grammar Used As A Weapon. . . or is that just our house?!

Over Thanksgiving we were doing some reminiscing *Remember that time[...]