It’s important to teach your kids about the family money, budgeting and saving. They need to know that you and the family in general has a finite amount of money to spend. In the words of a common idiom: “Money doesn’t grow on trees”. Setting family financial goals helps to teach kids some essentials in how to use, spend and save money.

There are several ways to do this and the kids don’t even know they are being taught a lesson about money! 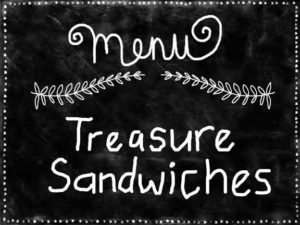 Early on, being married, we found that preparing a menu and grocery list saved us money and time. Not only did we NOT have to go through the whole, “What do you want to eat?”/ “I don’t know” scenario (at least as frequently), but we had a plan, were a little more organized and saved money!

*My daughter, who is now an adult, said menus and lists have been incredibly helpful for her. She grew up with it and hasn’t had to learn it as an adult.

Remember to include meals besides dinner and snacks that your family likes and will eat.

My daughter, quickly learned about the grocery list. She would melt my heart when she would look at me with those big brown eyes and sweetly ask “Is this on the list?” Sometimes, I would give in and say yes, it is on the list! Since she couldn’t read yet, she didn’t know that I couldn’t say no to that sweet ask! She needed that win once in awhile and other times I would tell her not today.

I was teaching more than one lesson here. 1. money, 2. self-control, 3. flexibility, and 4. delayed gratification. She took the list seriously, because I took it seriously. She would sometimes scribble out her own list and I would ask her about her list and see if we could include things from her list on our main list. 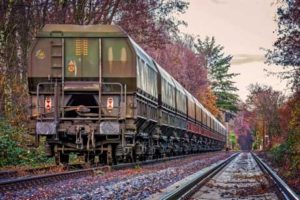 So, my daughter understood the list at almost 3 years old. (She talked early and talked well.) She was carrying the fly swatter around and couldn’t find a fly to hit. At that point, she turned to me and said, “We need more flies. Put it on the list.” I asked why and she said because she wanted to hit them!

Another thing she thought should be on the list; trains, great big freight trains. Often when we would run errands we would see a train. She loved to see the train and her excitement took away some of the annoyance of waiting for the train to pass. If we didn’t see a train she was a little sad and wanted them on the list to get more.

Plan some less expensive dinners. I cook a lot, since I am gluten free and make most of our stuff from scratch. Things that were cheap when we were eating gluten like: bread, pasta, and pizza aren’t as economical as they once were! Less expensive dinners for us include: breakfast for dinner with homemade pancakes, bacon or sausage and hashbrowns; Rice bowls with some stir fried veggies and a little meat or tofu; Chili with hot dogs; Mexican Ramen; and having a baked potato bar with things like chili, cheese, ham, broccoli, etc.

Setting financial goals as a family.

Set a financial goal as a family for things you want to do or buy. It can be anything like a piano, new car, a home down payment, vacation, school clothes etc. Brainstorm as a family, the ways you can save, cut back or earn extra money. This teaches kids not only about money, but working together for a common goal. It helps them to look outside of themselves.

How to set financial goals as a family 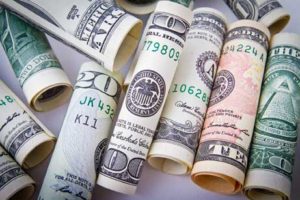 First, everyone in the family needs to understand the family finances to some degree. You don’t have to tell them how much you make, if you don’t want to. Explain it in percentages if that helps you to feel more comfortable. If children are very young, using some visual aids may be helpful.

What has to be paid

Teach them about responsibility and how you pay certain things every month: mortgage/rent, water, electricity, etc. If you have a car payment or other loans or credit cards, those need to be talked about, too. What is your debt philosophy?

We can decide how much to pay or put toward other things like: yard care, lessons, clothing, food, treats, etc. Cutting back or doing things differently may require a sacrifice.

Are the family financial goals worth it for everyone and how can it have meaning for everyone to participate?

This is why the family goal is made together. Everyone in the family should have a voice and an opinion. Brain storming helps everyone feel included and to see what one another is willing to do.

While brain storming, other issues, worries and concerns may arise. Address those concerns and worries. Come to agreements that all are willing to participate in.

Keep everyone in the loop. We made a family goal to get out of debt. We told our kids how much we have to spend on consumables. (We went over the budget and what has to be paid, but the important part is what we can spend. (That’s everything extra, including food and clothing needs.)

We keep a running tally in our kitchen, so everyone can see if we are on track. Recently, one of our daughter’s asked how we were coming on reaching our goal to get rid of this debt. They needed to see that the debt side was coming down. We had been focused on reducing spending, but hadn’t given feedback to how it was working. Everyone wants to know that their sacrifice is paying off. 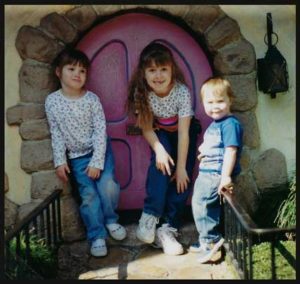 When our 3 oldest girls were 2, 5 and 8 we really wanted to take them to Disneyland for the first time. We set a goal and came up with a plan. One of the things we decided to do is to have a cheap dinner once a week. We would eat “treasure sandwiches”. (Of course, we did other things, too. This is just the most memorable and what we specifically did as a family.)

The name “Treasure Sandwiches” was mostly for me. Cheese sandwiches for dinner didn’t seem very appetizing. We explained to our girls that the cheese is like gold and the reward would be the trip. It gave us all a goal and a purpose. We were working together for something we all wanted.