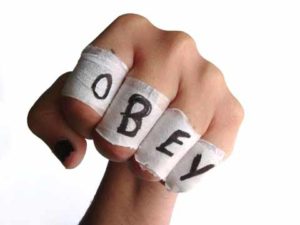 Hit in order to teach your child to NOT hit

Does that sound like the most ridiculous piece of parenting advice, ever?! Yet so many parents do this! “Don’t hit your sister!” (SMACK) Was there ever a better example of a parent wanting the kid to “do what they say and not what they do”? Has anyone ever learned, by having modeled for them, the opposite of what is wanted?!

Ugh! We went out for my husband’s birthday dinner and while we waited to be seated another family came in. I didn’t see what had happened with the children, but the next thing I see is the mother flying at her older child, smacking the child and getting in her face, yelling for her to not hit her sister.

I sooooo wanted to get after this mother and tell her why her behavior was inappropriate! Every time I see something like this in public it makes me wonder what happens at home when no one else is there to see. It really makes me sad.

No kid ever learned to not hit. . . by being hit. . . especially, while being told NOT to hit!

The message being sent and received is: Don’t hit, unless you are bigger and have more power! After all mom/dad get away with it all of the time. I recommend reading this article by Dr. Sears for more reasons why hitting is wrong.

Your actions always speak volumes more than what you say!

These same parents wonder why their kids fight so much and why they have so many issues with their peers.

Let’s look a little closer at each one of these.

So, according to your parent, you can’t hit. . . unless you are bigger and have more power. Kids interpret the punishment for hitting by being hit as permission to pick on smaller, weaker siblings and peers. They also learn that they can do this as long as someone bigger than they are doesn’t see.

I grew up with this! My brother was younger than me but much, much bigger. He beat me up every time my parents left the house. As we got older, he got bolder. There were few punishments and when there were, it was more hitting; but usually it was both of us being lectured about fighting. My parents didn’t understand that he would attack me for just breathing or walking down the hall at the same time he was. They told me to not fight back and then there wouldn’t be a fight. So, basically I was told to be nothing more than a victim. I got in trouble for defending myself.

Eventually, he would do things like pinning me against the wall and “pretending” to hit me, push me, and lunge at me like he was going to hurt me. When I would call him a name or push him away, I would be yelled at by the parent who is in the other room to leave my brother alone and be nice. They couldn’t be bothered to find out what was really going on!

My brother was also known as a bully in the neighborhood, often picking on younger, smaller kids.

Not Shown a Better Way

Some kids have a harder time handling their impulse control. They need to be shown and taught a better way of handling strong emotions and not impulsively acting out. Here’s a great article on how to teach children to control their impulses.

My oldest daughter loved having a chance to do a do over. This is where she would practice what she should have done. So, for example, if she grabbed something away from someone. It would be taken from her and she would be told why that was inappropriate. We would have a small discussion asking her what she should have done and then have a practice. If another child was involved and they said no to letting her have it, then we would explain that it is okay and she did a great job in asking. (She was a very reasonable child and we had 2 others after her who didn’t reason as well, but practice and talking about what they should do, did help. Though there were more tears, tantrums and took longer for them to understand.) We often talked about how she would feel if someone took her favorite thing, etc.

With our kids who didn’t reason as well or had less impulse control it took more work and “practice” when they didn’t know they were practicing. Setting up situations, even with parents (rather than other kids whose feelings might get hurt) who have something they want and reminding them to ask. Role reversal is also good for them to get some practice.

Kids aren’t little adults! No matter how much a parent says their kids understand adult situations and matters they still lack adult reasoning. After all, the brain isn’t fully developed until the age of 25! They are just starting to develop their brain! Parents have an important job in guiding their children in that development.

Parents who want their kids to sit down, shut up (just watch this. . .technology as a babysitter) and keep their hands to themselves, do a disservice to their children. Children need guidance and help in figuring out the world and how to navigate relationships and tense situations! They need guidance in learning to reason and think for themselves. Their early years are so important as the world is so new to them! Here’s a great article on the developing child.

What are your expectations for your children? If you expect them to never hit, bite or act out in anyway, you will be very disappointed! Sometimes the demands, especially on an oldest child, can be very heavy. Remember that just because they are older doesn’t mean that they aren’t still learning and they will make mistakes. There is no excuse to hit your older children for hitting; even if they know better! Parents are even older and they too should know better.

Remember, that even the best child will mess up, sometimes and might lash out and hit their sibling. The brain is in developmental mode and sometimes it reverts to instincts rather than reasoning. 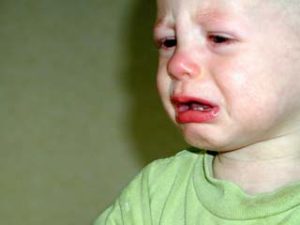 Frustration can be a cause for why a child is hitting, but should not be an excuse. Even adults get so frustrated that they just want to punch someone or something; isn’t that why a parent hits their child who is hitting?! The parent is frustrated with the hitting child and so they hit the child for hitting. This sounds like a vicious circle! Acting out on that frustration models a negative reaction and makes you and your child feel bad.

When my oldest daughter was less than 2 years old I saw her get really frustrated because I kept picking her up and moving her to where I wanted her to be. She cried and was frustrated. I thought about how hard it is to be a little person and know what you want to do and where you want to go, but someone bigger than you keeps physically moving you from your goals. How frustrating that is for these little people! I found that the more I communicated with her, telling her what we were going to do and where we were going to go, or why something is dangerous and she can’t touch (just look with your eyes) etc., the less frustrated she would get.

Things you can do to stop the hitting

What has helped your child to not hit? Do you have another method that works well for your child? Please leave a comment about what you do.