Warning! I Am Going To Rant!

So, my third gluten free daughter is attending her first year of college. Of course, she is going to a different school than her sisters went to and so, it is like starting over!  In fact, the school she has chosen is the most difficult we have ever experienced with gluten free.

One of the problems may be because of the gluten free fad. The places on campus offer lots of gluten free foods. However, that is not enough! You can have gluten free foods but a terrible kitchen process that makes them unsafe to eat if you are gluten free! The gluten free noodles are under the same tent/dome as gluten noodles and they regularly mix. On campus, they can’t even do a hamburger for her without the bun because of the way the kitchen is run/set up. Ironically, most of the people we talked to in the food service areas were also gluten free and told us they wouldn’t eat there if they couldn’t watch and prepare their own food. It isn’t safe if you need to be gluten free.

So, when we looked at all of the options, her food choices on campus were narrowed down to about 3 or 4 things she could safely eat. Also, if she lived on campus she would not have her own kitchen. (Some of the dorms have whole floor level or whole building shared kitchens. and no cooking in their actual dorm areas.) That’s NOT going to work and she would be required to have a food plan. (There was the potential of having at least part of that plan reduced, but then what?!) So, we found a great townhouse off campus where she could cook and be safe.

Gluten and the lack of compromise- not a good combo!

When this daughter gets gluten it affects her moods as well as giving her headaches, intestinal and stomach cramps. She gets really snippy and has a hard time controlling her emotions. The ideal situation would be for her to have a private room but by February there were none available for fall semester.

So, she was put in a shared room, in a townhouse, where 7 girls lived and they had a big kitchen and two fridges. We were a little worried about her not having some private space, especially if she got gluten, but thought she would be able to work it out. 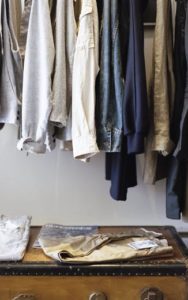 However, her roommate wasn’t even cooperative with the closet they had to share, let alone anything else. She took over half the closet and her clothes were covered in cat hair! She tried to control and manipulate my strong willed, independent daughter and needless to say, they didn’t get along. The roommate complained about the dishes, even though the girls were doing them. (This one whose complaining, rarely did the dishes and rarely cooked.) 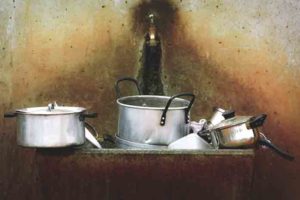 Difficult roommates are harder to handle when you are having a reaction to gluten!

She complained they were making a mess; just because they were cooking and complained that they ran the dishwasher, too often. Ugh! My daughter is in a place with a kitchen so she can cook! She regularly cooked with one or two other girls in the house and one of them also has some dietary restrictions due to allergies.

Her roommate also started setting a “pre-alarm” because she had a hard time getting up in the morning. This was set for 15-30 minutes before she had to get up and the only person that was waking up was my daughter. The roommate did some other things that were difficult to live with and then. . .  the snoring began. My daughter had, had enough and was exhausted and had gotten gluten during the week and wasn’t feeling great. She threw a pillow at the roommate and told her to roll over. When the roommate started to vigorously type on her laptop, my daughter asked her if she had to do that in the room. There was a big common room for the townhouse, downstairs, where no one would be disturbed but she didn’t want to be there. Finally, (after my daughter glared at her for a while) she did go and my daughter was able to get some much needed sleep.

One of the problems was that her roommate and several of the other girls in the townhouse didn’t understand or believe that she was having a reaction to gluten. They thought she was just being really ornery and needed to chill out! When she apologized and said she was sick the roommate responded with, “So am I, but I’m not being ornery.” (One of my pet peeves is people who compare being sick (flu, sniffles, headache, etc) with an auto-immune disease. It’s not the same! Ongoing illnesses and issues are much harder to deal with.)

Things got worse with the roommate. The roommate and my daughter got into a big argument and the roommate had the nerve to tell my daughter she had to share the room. Extremely ironic!!! (See the closet situation above and note that she wouldn’t let her put anything on top of the dresser they shared.) There was yelling and then tears. Each, calling their mothers to complain about the other one. Who knows, maybe she would have kept her cool better if she hadn’t had gluten.

My daughter let the landlord know that if any private rooms came available this semester or next she would like to move. She wanted to stay close to the other girls she had become friends with and the configuration of the townhouse worked so well for her needs! Turns out he had two apartments available in other buildings spread out through the city that she could look at and see if they were options. One, she would have another bedroom roommate and that was scary considering what she was going through. (The devil you know is sometimes easier to handle than the one you don’t.) The other one was a private room but the kitchen was smaller and everything was smaller but there were only 4 girls in the townhouse (1 fridge, which is doable depending on how much the other girls cook and a much smaller kitchen.) 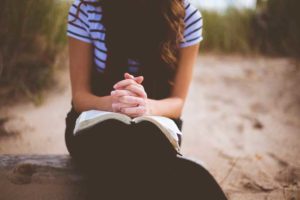 My daughter went to an institute (religion) class and felt that she needed to learn to love her roommate and the right thing to do was to stay and work it out with her. She prayed about this and received a blessing from her dad and it all seemed right for her to work it out. We called the landlord on Monday and told him she wanted to stay, but he told us it was not an option.

The roommate’s dad is a lawyer and was threatening him with a lawsuit if he didn’t move my daughter. He also threatened my daughter with a restraining order because she threw a pillow at his daughter. I know they can’t legally do this and it was a stupid threat but the headache of going through all of this was not worth it! This family is determined to make my daughter and us miserable because what their daughter really wanted, from day one, is my daughter to not be there. (She drove off two roommates last year.) Those girls were alienated by this roommate and they weren’t able to make friends with the other girls. They chose to only sleep at the apartment and hang out anywhere but there!

The Nerve of Some People! You Don’t Understand My Issues!

Another frustration with all of this, is the roommates mom, after demanding my daughter be forced to move and threatening legal action; she found a new place for my daughter to live. She wanted her to go to campus housing where she could have a meal plan with extensive gluten free options! (Options that we already know don’t work!!!) I am extremely offended this woman thinks she knows my daughter’s needs better than we do and obviously thinks we haven’t checked out every option in order to find the best one for our daughter!!!!

Did someone say, Borderline Personality Disorder?!!!!

Then, the never had to compromise in her life roommate, told the other roommates that for some odd reason my daughter decided to just up and move out and she doesn’t know why and is actually hurt by her just leaving like that!

Why did my daughter feel inspired to stay and work things out? Maybe the Lord just wanted to know that she is willing to follow Him and do what the Lord wants, even if it is hard. Also, a good lesson about agency. Sometimes the agency of others keeps you from doing what is right. The important thing here is that she was completely willing to work on getting along.

With all that, it would be nice to have more options. So, how do we get universities who have dieticians and food service people who think they understand gluten free issues to listen?! The reaction to gluten and her needs for gluten free complicated this situation with an unyielding, uncompromising roommate. It’s sometimes hard for people to understand how difficult it is for you and that you aren’t just being overly sensitive or ornery and unreasonable. That chilling out when you are reacting to gluten is extremely difficult and it can be hard to think through the fog.

When we met our daughter’s new roommates, their friend was over with a puppy. One of them gasped and asked; does she have any allergies? Referring to the dog being there. Wow! How considerate! Yes, I said, she is severely allergic to cats (old roommate had cat hair all over her clothes.) and gluten. One of the girls said they were also very allergic to cats. Another girl, said her mom and sister are both gluten intolerant. Big sigh of relief! These girls were already on their way to helping her feel at home and at least one has a better understanding of gluten issues, than her former roommates. Just to clarify, the former roommates were learning and trying to understand until the girls closest to her bedroom, roommate chose sides. Then half the girls thought my daughter was ridiculous and the other half were trying to wrap their heads around what was going on. When the roommate lied to the others about the situation they took my daughter’s side.

The rest of the semester went fairly well for her, but the roommates didn’t mesh well. She did very little cooking because the kitchen was so small and used her toaster a lot in her bedroom. Oddly, her condiments were always empty and disappearing. (She never has jars or anything that can be dipped they are all squeeze and pour containers.)

Now, she is on to her 3rd set of roommates. 3rd times the charm, right?!

Would no gluten have made a difference? Probably not much, but it didn’t help.