Parenting with consistency is an important key to effective parenting. There are no shortages of reminders, as we go out and about, that many people either don’t know or don’t understand how important consistency is in teaching children to obey and behave.

Just the other night we went out to eat and a little boy came in with his family. He was crying, whining and sometimes yelling. At first, it was somewhat understandable. This little guy was hungry and obviously was dealing with big emotions, the only way he knew how. However, after a while, one had to wonder where the parents were and why they allowed him to continue to disrupt everyone in the restaurant, for so long. 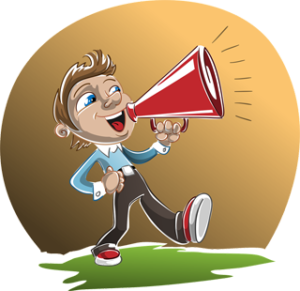 Then, we heard the father. The child had begun to wander and occasionally have outbursts, between his parents who were ordering and a play area. The father yelled across the establishment to his son in order to get his drink order. The father gave his son 2 choices and the son kept yelling he wanted Dr. Pepper (not one of the choices given). I don’t know what the father ordered for him, but I really hope it wasn’t the Dr. Pepper. (Dad was giving two choices. I hope he only gave him one of those.)

The Apple Doesn’t Fall Far From the Tree

No wonder the child yelled throughout the restaurant, his father spoke very loudly! Not just getting the order, but all the way to their table (unfortunately right next to us.). Later, the dad went to get something else and ran into someone he knew. He was so loud that everyone kept turning their heads to see what was going on. At first, I thought he was complaining to the manager about something, but he was just a very loud talker who has never learned volume control!

While this family waited for their food. It was chaotic. They had other children and they were all struggling. The father did lower his voice volume once he was at the table, but they were close enough for us to hear the threats. “If you scream again, we will go outside”. Son screams again, but they remain where they are. There were various other threats and nothing was ever followed through.

The kids had learned well. Dad and mom may bluster and threaten, but they don’t do what they say. Therefore, there are few consequences and the kids can do what they want and push the parents around, because they know mom and dad won’t follow through. 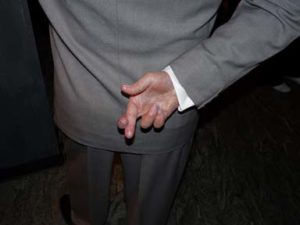 For 18 years my father-in-law was married to a woman who loved to make promises. She disappointed my children numerous times! Everything from promising to come by and see the kids to what she was going to buy them.

My children would wait all day for her and grandpa to come by. (I don’t know if he knew what she had promised.) My kids would be more and more disappointed as the day went on and no grandma and grandpa to be seen. Eventually, a phone call would come and she would tell us they ran out of time and weren’t going to make it. I was then left to console my very hurt and disappointed children.

I had to tell my mother-in-law that she was not to make promises to my children and that I would not make excuses for her. We ran interference as much as we could and didn’t tell the kids they had mentioned coming by.

My kids knew at a very young age that grandma did NOT keep her promises. She may say some nice and exciting things that you want to believe but she doesn’t follow through.

We were able to use her example as a teaching tool in what not to do.

We talked to our kids about how they feel when someone says they are going to do something and then doesn’t follow through. Then, we talk about better ways of handling situations. How important it is to be true to what you say. Whether or not you trust the person who flakes on you. We talk about what they should do in their lives and how important it is for them to learn from this experience and not do what has been done to them.

Consistency through promises and being true to what you say

If you promise something, do it! Now to a kid a promise isn’t necessarily saying the words “I promise”. They feel like, if you say you will do something, you are going to do it and that is as good as a “promise”.

For an adult to say, “but I didn’t promise”, only builds mistrust. They believed you and you let them down. That is what they will remember.

The world is often cold and harsh, don’t be the one to teach them that! There are plenty of people in this world who will let them down and soon enough they will learn the harshness of life. A parents responsibility is to teach them how it should be, teach them to be good people and who they can trust and rely on.

Be careful with threats! You should never threaten to do something that you either can’t or aren’t willing to carry out. Otherwise, you are just a storm without any power. They quickly learn that there are no consequences for actions and they can continue doing what they want until you really lose your temper.

My husband and I made some punishment rules, for us, as parents to follow:

Children learn to obey through consistency. They know what to expect and what is expected of them.

If you haven’t been consistent, there is no time like the present. Be prepared for a battle, at first! They will push the boundaries and they will try to get you to cave, but don’t do it! Stand strong on what you say and it will pay off in a short time. In the long run you will be so happy that you took the stand to become consistent!